Somehow I’ve found myself in a room bustling with all the languages of Europe—they’re mixing out in the dusty air around me; Dutch and German, Greek and French, others are arguing in Romanian (or perhaps Italian) whilst they nudge past their elderly counterparts, tourists speaking English. Although they all share their incompatible language with a neighbour, everyone around me can somehow communicate quite easily. Territorial borders and guttural accents cannot stop their obsession for the objects over which they bicker and argue; objects which they’ve come all this way to find; objects which, of course, must be books. Millions of words bundled up in physical, paperback books.

As I pass each group by I realise that I feel more at home in these foreign city bookstores than I do anywhere else in the world. But even at home there are certain features which we might not like, areas of a home we might try to avoid sometimes. So it is in this bookstore where I instinctively avoid the shelves which house crime thrillers and autobiographies—I often skip right past them.

Yet this bookstore is different. Here the books are mushed together—there’s comic books next to sci-fi books, philosophy books next to photographic and architectural books. But there aren’t any labels on the shelves so I can’t discern one category from another.

I find that Italo Calvino’s stories can be found on the ground floor, yet later the rest of his work suddenly reappears on the third.

This lack of organisation is entirely maddening but once I feel the groove of things I tend to move around the shelves differently. Slowing my pace, I focus on the design of the jackets, the blurbs. Here I tend not to pick up the books of famous writers and instead hope to bump into something a little unexpected.

I’ve learnt that an unorganised bookshop is a wonderful thing.

On my way out I find myself rooted before a set of shelves with individual books packaged up and their covers hidden with brown paper tied up with string. On a placard beside the shelf is scribbled a barely legible warning in Dutch, which my phone handily translates for me:

These are special books. We have hidden the authors’ name, the titles and the book jackets. You must unbundle them to reveal their secrets.

I wonder whether I’ve stumbled into a novel by Robin Sloan. I wonder how many programs I’ll have to write in the next 24hrs. I wonder how many ciphers I’ll have to decode and how many book shops I’ll need to visit in order to uncover the mysteries that are cloaked by these tattered packages. (Oh btw there’s not a chance that Sloan’s 24-hour book shop would be set in the city of San Francisco, not in a million years. In the real world, only the bookish crowds of Amsterdam could possibly support such an establishment.)

Taped to the front of each of them are cut up sentences from inside; this is the signal by which each reader must base all of their book-buying-decisions on.

I skim read the lot of them and unfortunately the most banal sentences have been used, or perhaps most of them just require a lot more context, but then I see this one:

To be without the slightest subject for a book, the slightest idea of a book, is to find yourself, once again before a book. A vast emptiness. A possible book. Before nothing. Before something like living, naked writing, like something terrible, terrible to overcome.

I couldn’t resist this fascinating blind date. Immediately I picked it up and rushed out of the store. Later, I unbundled the package whilst I sat next to one of the many rivulets which wind in and out of Amsterdam, binding the city together like string. 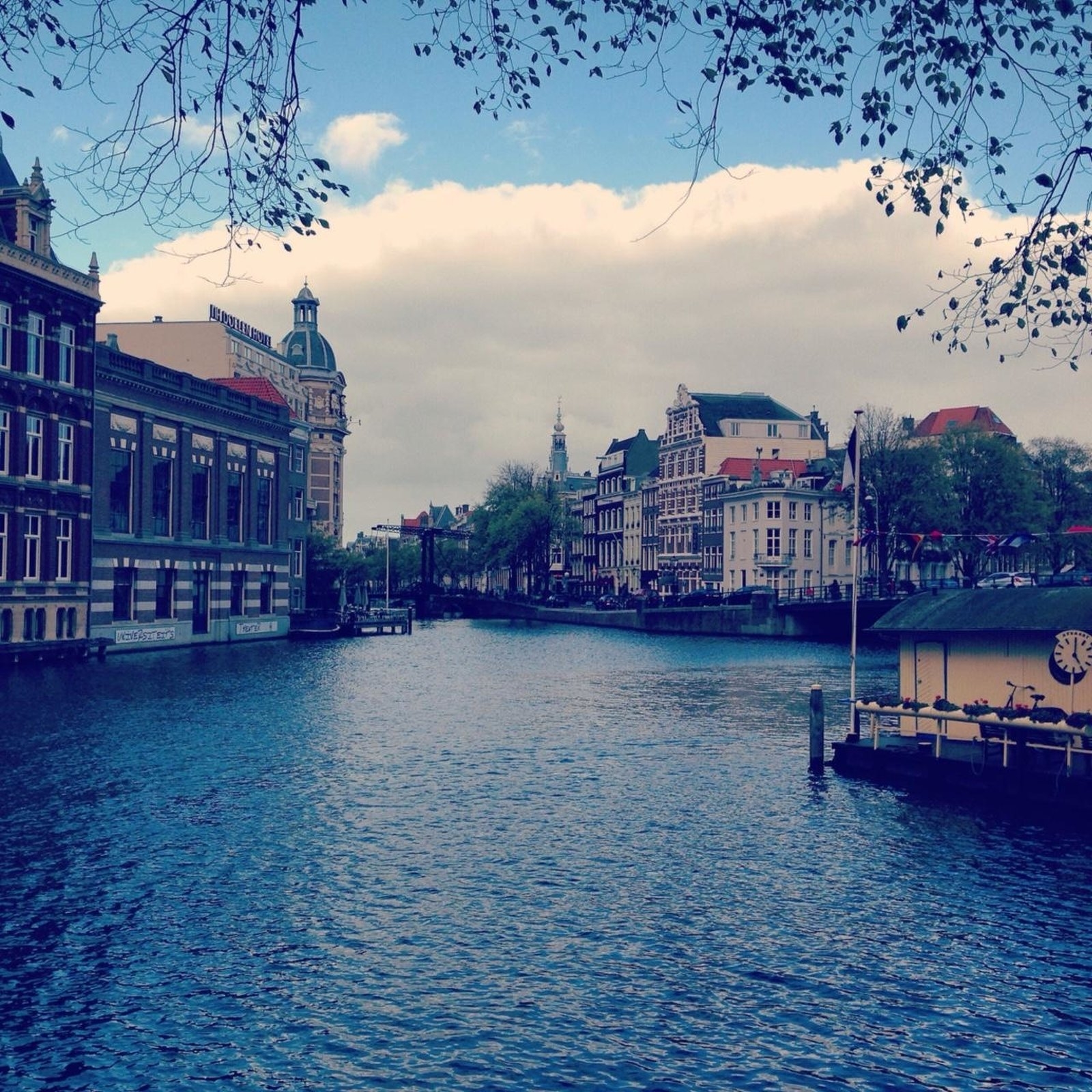 The book was ‘Writing’ by Margueritte Duras – originally this travelogue was posted over on Hi.