Working on a project with a styleguide for the first time is encouraging me to document my code a lot more than I usually do. It’s also surprising to reveal how little I truly understand about the complexities of CSS and writing code for other developers to work with. In other projects I’ve often been under an extreme deadline and this sort of pressure leads to terrible code.

Over the last few weeks my work with the folks at Kind has revealed a lot of glaring flaws in my process and throughout this period Tom described to me how a styleguide improves the productivity of a developer. First, he said, most projects tend to follow this general trend: 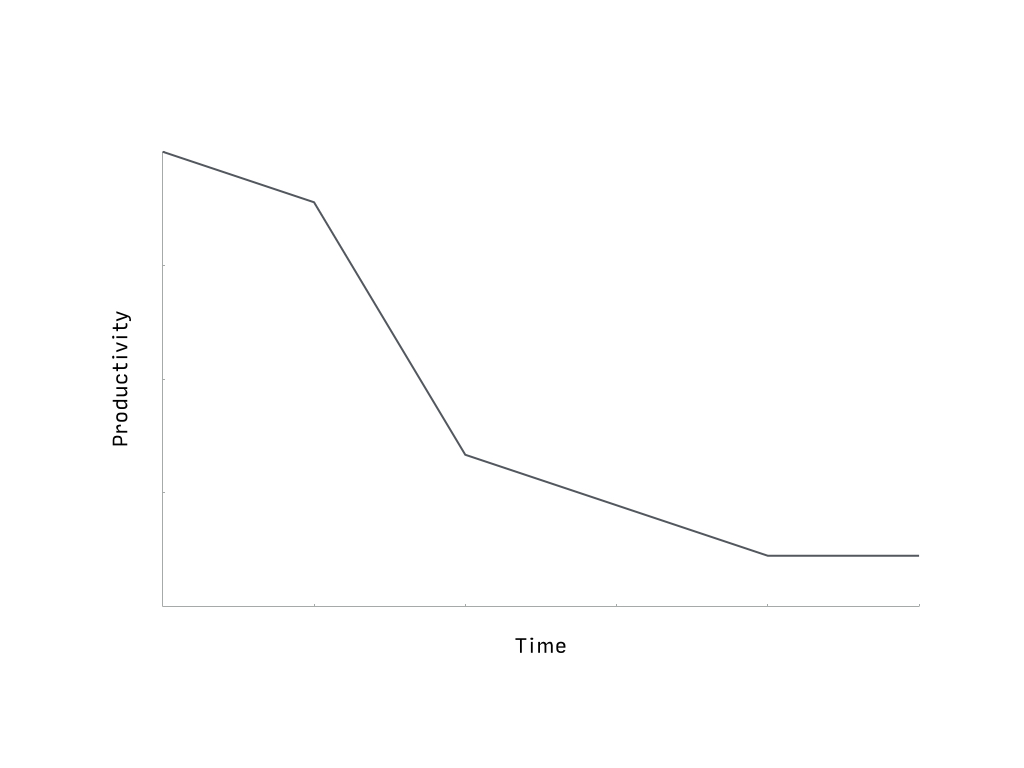 At the beginning of a project a front-end dev is typically writing a lot of code very quickly and so everything feels very productive. Without a styleguide they can make mockups of several templates without worrying precisely how that code might be used in the future. But when new developers have to struggle with that legacy code they’ll find that their productivity will begin to falter and the rest of the project will be a fight uphill as they fight the cascade the whole time.

On a project that uses a styleguide however, that trendline is very different: 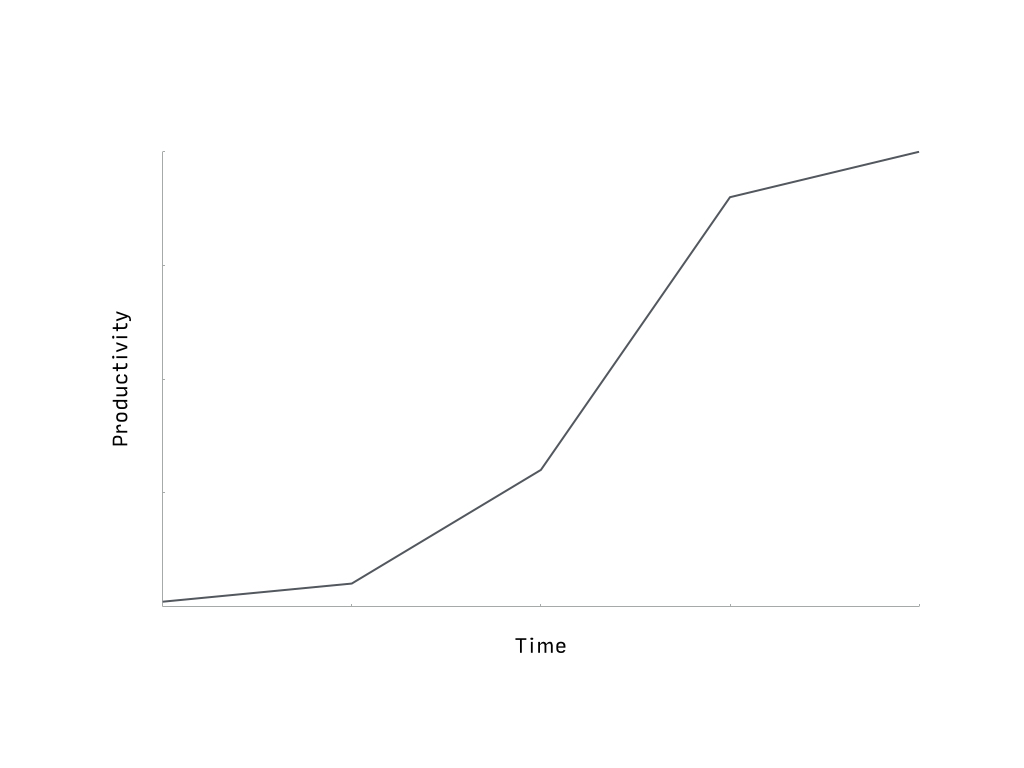 When building a website component-by-component the process is slow and tedious. You might spend days sat in front of your screen and all you have to show for it is a few objects with great documentation. Yet slowly those pieces will be able to be snapped together like Lego and the documentation you laboured over in the beginning will come to your aid time and time again.

Whilst developing with styleguides we sacrifice the short-term pains of slow development with the long term benefits of a coherent design system.

Oh by the way, those charts above aren’t really mapping any sort of real-life data, what they do map is the general feeling of a front-end developer as they work.

I read about the design of the Sopranos and its tense conclusion:

Meadow is filled with nothing but very, very deep emotions about parking her car. But possibly a minute later, her head will be filled with emotions she could never even imagine. We all take this stuff so seriously—losing our keys, parking our car, a winter cold, a summer cold, an allergy—whatever it is. And this stuff fills our mind from second to second, moment to moment. And the big moment is always out there waiting.

I also finished Ready Player One which is now my favourite book about video game culture. It’s adorable and smart and swamped in the lore of D&D, Japanese anime and Pacman.

As I’m writing this I have this video of the Internet Archive and Brewster Kahle and TERRACOTTA ARCHIVISTS playing in the background: