In The Victorian Internet Tom Standage investigates how the telegraph was developed and how it changed the world. He writes about the laying of the Transatlantic submarine cables, the design of codes and the codebreakers, as well as the fraudsters that used the telegraph to find their marks, and those that used it to find the person they’d marry.

There’s so many exciting moments in this book that it’s difficult to contain my excitement. For example, Standage notes how the technology was ignored for many painful years and yet there was this moment in time when the idea clicked and the telegraph began to spread across the world:

Expansion was the fastest in the United States, where the only working line at the beginning of 1846 was Morse’s experimental line, which ran 40 miles between Washington and Baltimore. Two years later there were approximately 2,000 miles of wire, and by 1850 there were over 12,000 miles operated by twenty different companies. 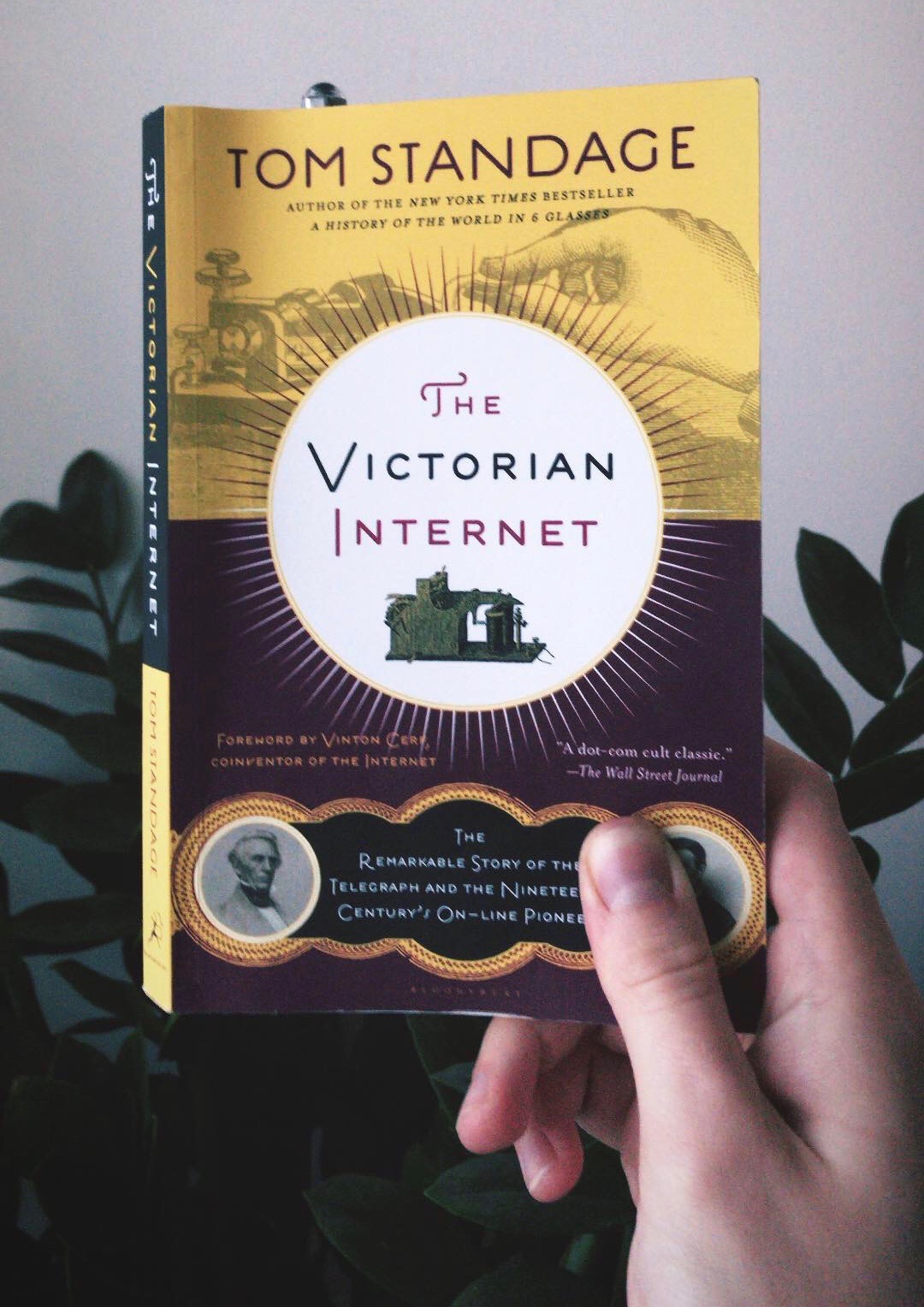 And with all the talk of the cloud and with the modern convenience of Wifi it’s easy to forget that the Internet is a collection of wires at its heart, buried deep. You can even see the wires that connect San Francisco to Libya, and Libya to Malaysia. In fact, Standage quotes an event that was held in Morse’s honor where one commentator argued that “the breadth of the Atlantic, with all its waves, is as nothing.”

The night I finished The Victorian Internet I called my father who happens to live in England more than 5,000 miles away. We talked about motorcycles, work, anxiety, and our hopes for the future. But it was as if we were in the same room together.

During this conversation I thought about the generations who have built this system of cables and technologies so that those 5,000 miles between my father and me were like nothing at all. I imagined all the wires and satellites between us, carrying our messages diligently, effortlessly across the world.

In an article from 1881 Standage quotes the Scientific American and how “the touch of the telegraph key welded human sympathy and made possible its manifestation in a common universal, simultaneous heart throb.”

And I couldn’t help but cry big dumb tears after we’d finished talking and my father hung up. What a wondrous thing this all is, I thought. My grandfather’s father knew a world without electricity and yet here I am communing with his great grandson in a form that could not be described in any other way besides ‘magic.’