My hometown was obliterated during the war. Hitler’s Luftwaffe destroyed the pier and the docks, hoping to eradicate the strong Navy presence in and around Plymouth, historically one of the main military ports in the south of England.

In the shrieking darkness of the Blitz whole communities vanished and were replaced by mountains of brick and rubble. In the firestorm that ensued, the market was destroyed as well, but it was shortly rebuilt. Labyrinthine networks of shops and stalls, built out of scraps of metal, cropped up almost organically in its stead. They called it the ‘Tin Pan Alley’. 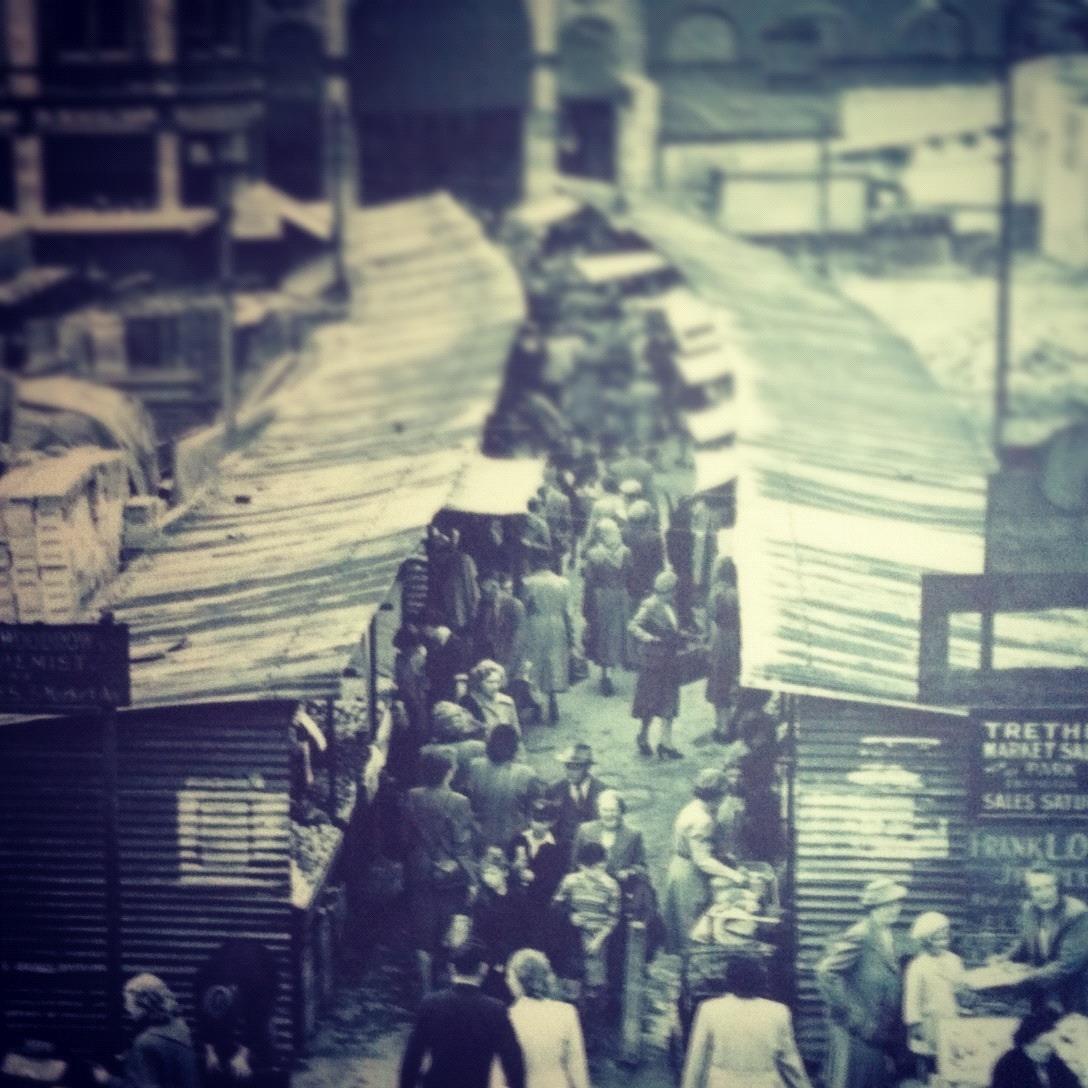 The photograph above shows how these people were going about their day as if nothing unusual was happening, as if the Third Reich wasn’t looming over the channel and circling their homes in the dark.

“Fuck Hitler,” I imagine them calling out into this darkness, “we’ll build everything you break.”

Without ever having known my grandparents except through second hand accounts and foggy photographs, I have no real connection with all the terrors of that particular moment in time. I don’t know anyone that really understood what it was like to live under these conditions.

There is one string of continuity between those people and myself, however; the sirens that warned them.

Anyone that’s seen documentary footage of this time probably knows what they sound like. That ominous call that comes from everywhere. The sound explodes from the soil and the air and all of the buildings and people around you. It’s an omnipresent, hellish sound.

And yet - every Monday morning after the war they continued to play it. They tested the sirens for future dangers. Today that seems quaint; if an attack was about to occur then I’m just as likely to know about it as soon as the operator of the sirens.

Anyway, the important thing is that, over time, the meaning of the siren changed. It was no longer a symbol of terror, but the opposite. It became a noise that signified that everything was a-ok.

Today I woke up and had breakfast several hundred miles away from my childhood home. I performed all my usual Monday morning routines and sat down for breakfast. But everything felt too quiet. I remembered that this was the time that the sirens would call and I’d often feel, even just briefly, relieved when I could hear them.