I’m sat at my desk crying. A beautiful light is washing over the bay right now and I’m crying because his name was Crease and he was a good boy. The boyest of boys, the goodest of goods.

We named him Crease because of the tuft of hair that parted his face right down the middle like a kinder egg. Look, you can faintly see it here: 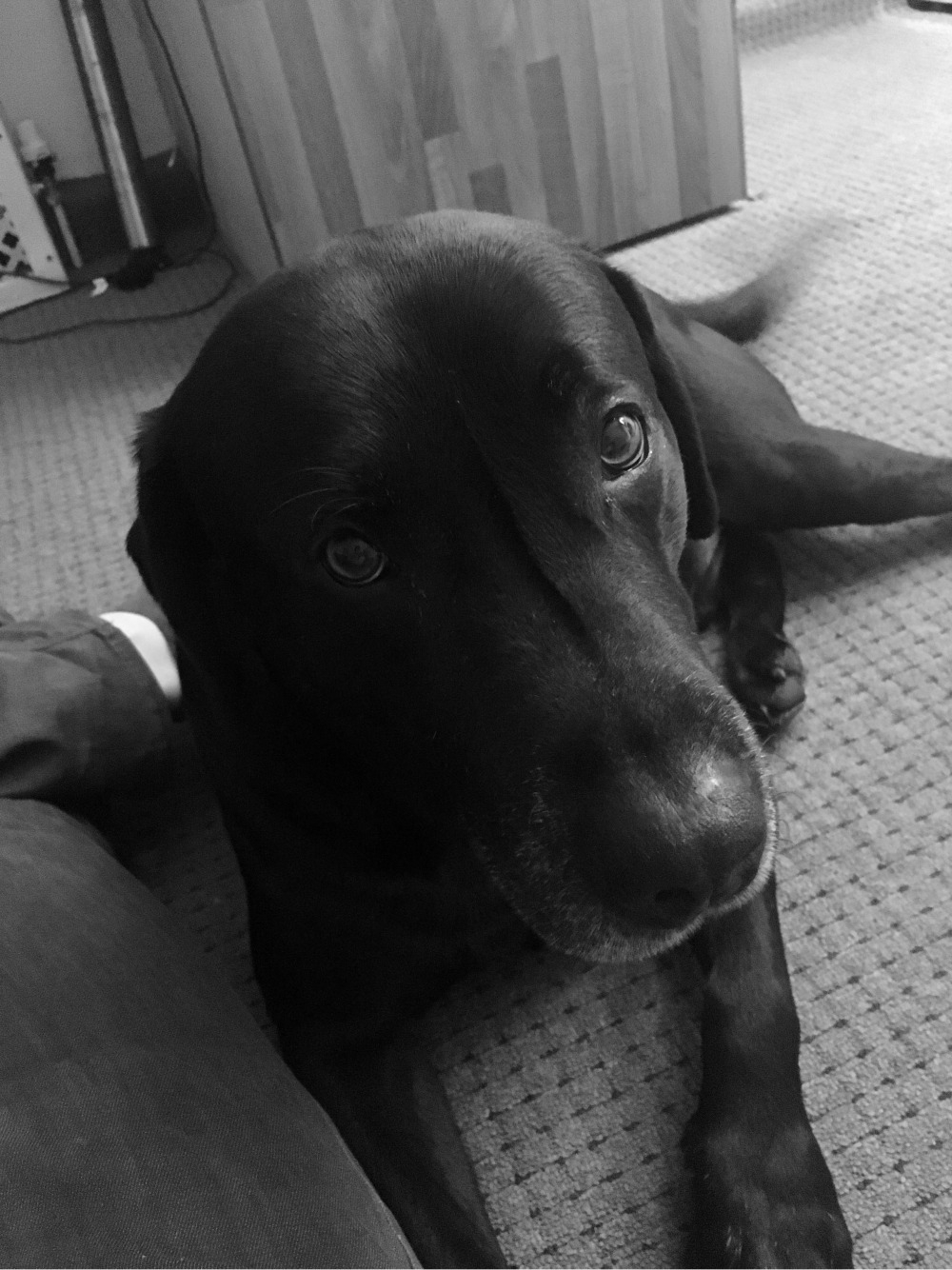 Look at his eyes! They were, of course, enormous like his sister’s (her name was Marbles—the Rendles are only good at naming dogs and that is all)—his eyes were planet-sized saucers that jutted out of his face so much that he constantly looked shocked by everything and at all times. He was always a punctuation mark at the beginning, middle, and end of a sentence; a loud and joyous and heart-felt !

And yet that dog was 14 years old and not once did I see him blink.

Also, holy shit was he a specimen. Crease was a horse-like creature sent from the God of Good Boys to show other good boys how to live without a care in the world. And he was immune to pain. I would be sat in my bedroom, brooding, listening to Nine Inch Nails and hating everything in the world and from downstairs I could hear the constant BANG BANG BANG of his tail as he moved from one room to the next, smashing everything with that pure, unadulterated joy of his as he went. One day on the moor I saw him jump right into a bush of nettles at high speed, darting around inside, only to appear a minute later with tiny brambles stuck in him. He didn’t even notice. He was too busy !!!-ing.

That beautiful boy was a preposterous beast; towering above the herd and built like a tank designed by goths, he would get home after a long walk and rush to find his little toy cow. In that way he was like me. Powerful, unstoppable, better than everyone else, of course. But the world could not be navigated without that small thing; that little toy cow. 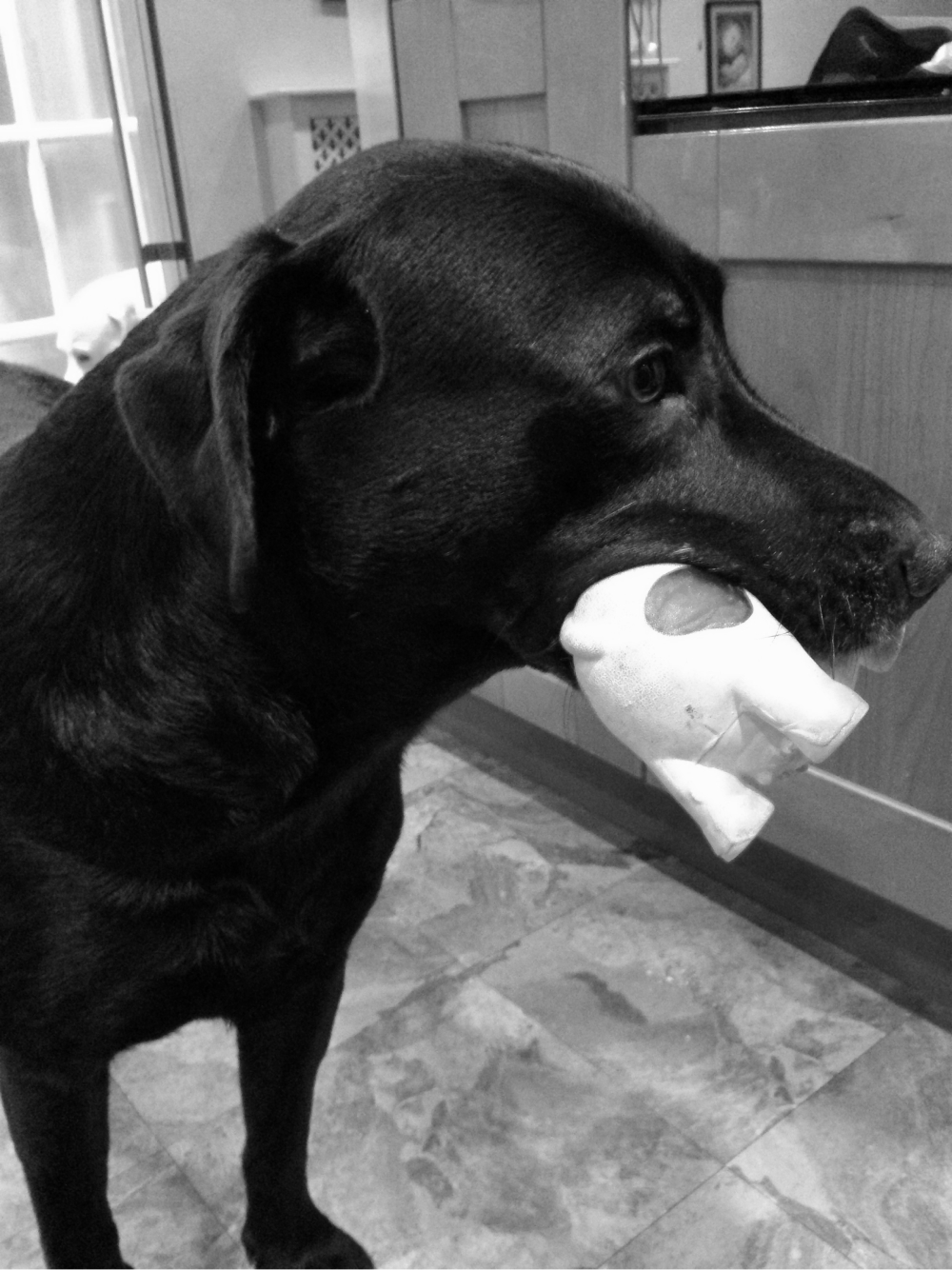 But goddamn is it a beautiful evening tonight, even with all the crying. Tonight is an evening of evenings. A worthy end for the boy of boys.

He would have loved this place, this evening; the sun is rising over the hills, the air is crisp and warm. I know that he would stand at my window and glare at everyone on the street, not out of anger but out of friendship—there’s so many potential new friends right out there! Do you see them all!