This idea has been floating about in my head for about two years and it struck me the first moment I laid eyes on San Francisco on an overcast day in December. The city has a peculiar typographic history and a high concentration of people that care intensely about letterforms. It’s tough to see at first but once you do you begin to see wonderful letters everywhere.

So whilst Gary’s book traces the city of San Francisco through its geography, mine would trace the city through typography and lettering.

There’s the Letterform Archive and Silicon Valley's contribution to typesetting, there’s the Center for the Book, Type Thursday and, of course, New Bohemia Signs to talk about. There’s desktop publishing and neon lights, the fallow tech industry and it’s lazy branding efforts, there’s the indie type designers, and the video game industry.

The book would be a rambling, unfocused, and joyous little thing.

Speaking of which, last week I foolishly took a walk through all the smoke and headed over to the Mission where I stumbled upon this lovely garage door, designed by a fellow from New Bohemia Signs: 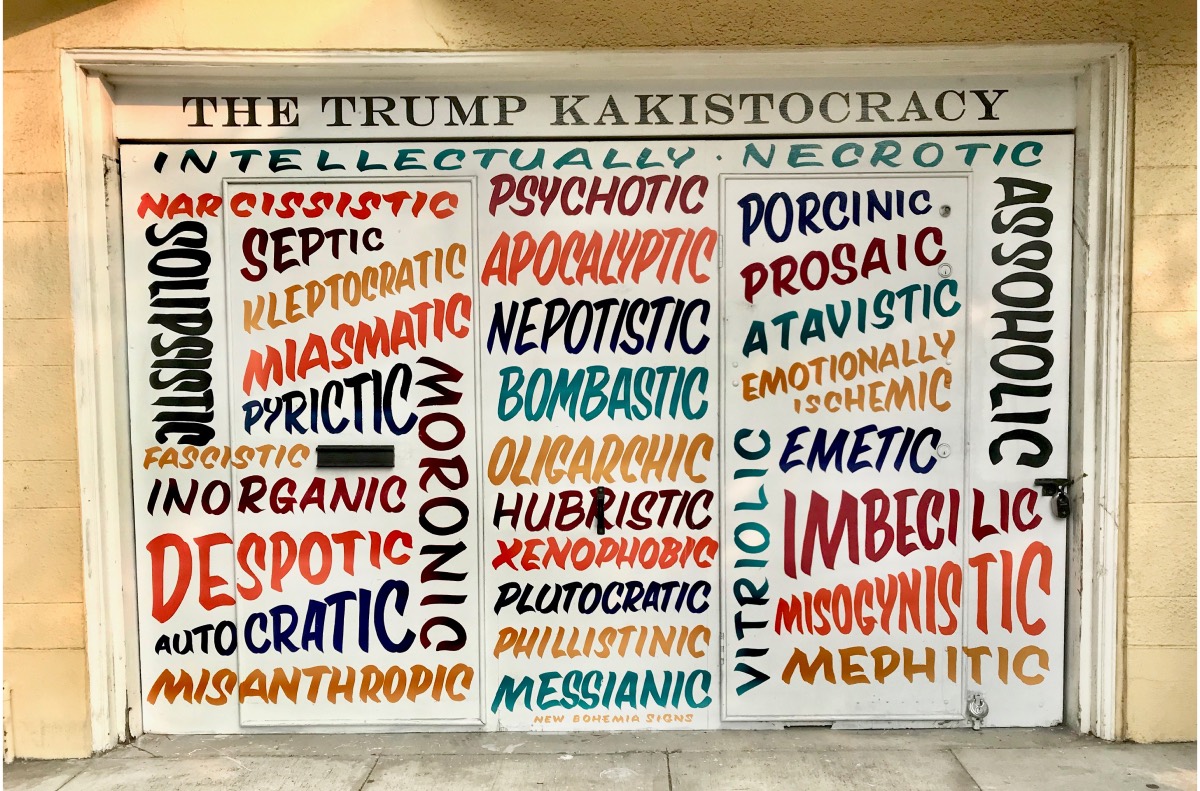 Glorious stuff, huh? Anyway – San Francisco is teeming with typographic artifacts, institutions, and people that make stuff like this. But I feel like the city isn’t well known for typography or lettering and so convincing folks to look at the city through that lens could make for a wonderful book.

The text would be a mix between the slow, patient waddling of The Futures of Typography with the upbeat childish whimsy that I hope for in Adventures. It would be more researched and elaborate though and I’d pick an illustrator to help capture that sense of glamour and wonder that I see in the city. On that front, I think Anna’s work or Camellia’s would give the thing an extra pop and giggle.

This book would probably follow me through interviews and trips across the Bay Area where I’d try to figure out what makes San Francisco special in this regard and what we can all learn from this peculiar place.

And I think that’s what Adventures and this old blog of mine has always been really; it’s an excuse to, in a rather roundabout sort of way, slowly write a book.